The Green Forks is an Amazon Associate and earns from qualifying purchases when links are clicked, learn more.

Remember the time when we were introduced to microfiber towels, we never thought that a new technology will follow to surpass its efficiency and function. Now, we have our Nano Towels review to help give you a permanent break from paper towels and cleaning chemicals. New technology is talking and it’s for our own good. Take time to listen and make your mark to this revolutionary cause.

The brand behind Nano Towels is Life Miracle. See their range of various Nano Towel products below, even something of personal use. 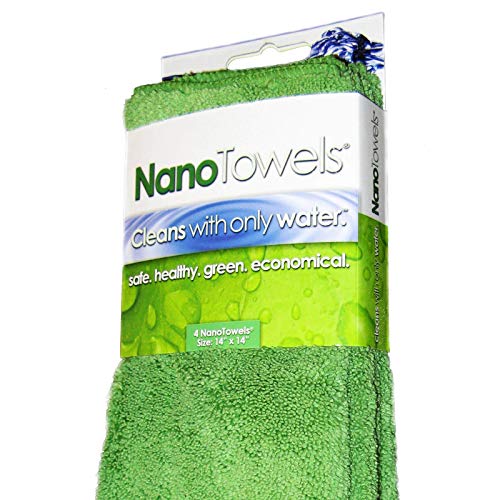 Use Nano Towels to clean and dry virtually any surface without paper towels and without toxic chemicals. When your Nano Towels become dirty, you just wash it and use it again.

Nanolon is a new, next generation fiber proven in laboratory testing to clean as well or better than chemical cleaners and paper towels using only water. Effectively clean almost any hard surface. Including glass, mirrors, tile, wood, stainless steel, chrome, metal, granite, porcelain, and others. Use it for gentle dusting, or for hardcore cleaning. You don’t just take our word for it, most Nano Towel users will prove how effective it really is. 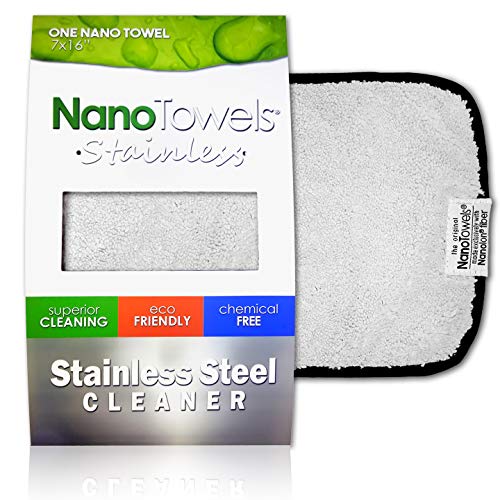 The benefit of having Nano Towels Stainless Steel Cleaner is the double-sided features. It is made from two unique weaves of proprietary Nanolon fiber.

Use the deep pile side to scrub your stainless steel clean and the smooth side to polish to a brilliant finish. In your first use, it is advisable to make sure you remove old chemicals off your stainless with a good initial scrubbing to eliminate the chemical streaks caused by chemical build up on your stainless surfaces. This Stainless Steel Cleaner version is delicate enough to clean metal and glass on your electronics, smartphones, tablets, laptops, and LED TVs without the use of chemicals that can damage them. 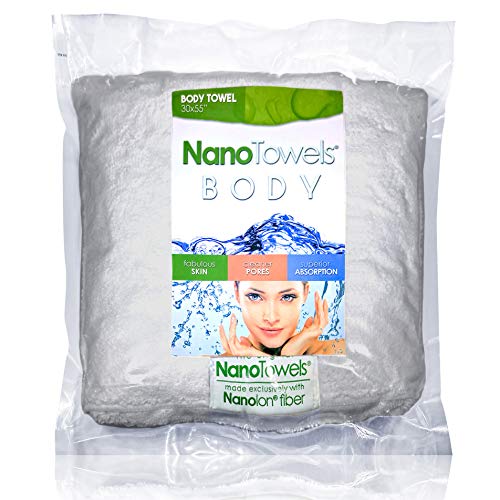 This Body Bath and Shower Nano Towels can give you deeper cleaning where it actually gets into your pores and pulls all of the gunk out.

Believe it or not, they have Nano Towels specifically designed for your hair and body, and it performs reliably well. The build up of foreign matter causes bad skin, acne, wrinkles and premature aging. It could also be a culprit in eczema, skin tags, rashes and other issues. Everything that goes on your skin gets absorbed into your bloodstream. If there are toxins or chemicals in your pores, you need to remove them. Now guess what? This Bath and Shower Nano towel reaches deep into the pores and pulls that stuff out, and allows your skin to breathe again. 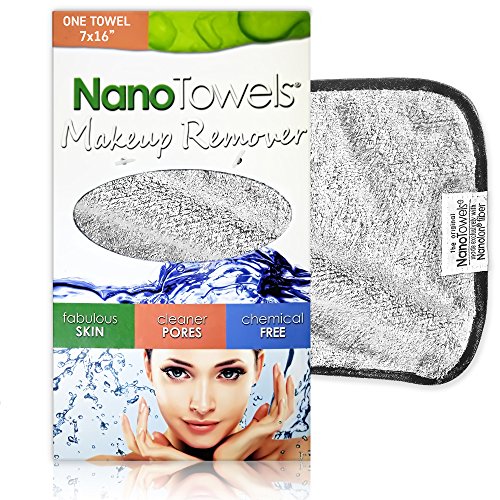 This Nano Towel Makeup Remover can clean deep into your pores to remove cosmetics without damage to your face or skin so you can easily wash up and clean delicately.

Enough with harsh chemicals and alcohols to remove your makeup after wearing it for an entire day. This This Nano Towel Makeup Remover is gentle enough for sensitive, dry or oily skin, rosacea and delicate eye areas. Safer and gentler than face towelettes, facial pads, pore cleansing strips, microdermabrasion, masks or make up wipes. Moreoever, this Nano Wash Cloth is hypoallergenic and completely reusable to accomodate long term use. 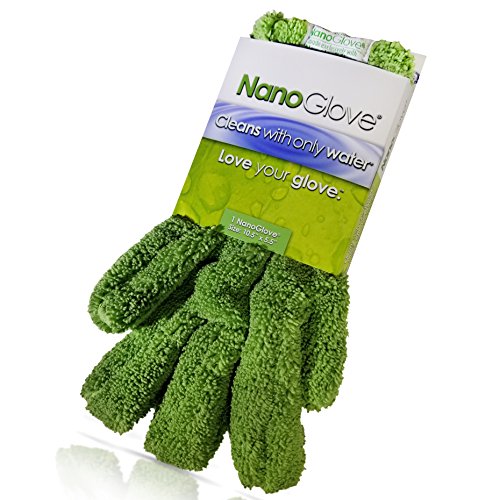 These are basically Nano Towels that are hand-wearable.

Of course, it has all the features and characteristics of Nano Towels but these Nano Gloves make it easy to into corners and tight places to clean and can also serves as dusters. Using water as the same cleaning agent, you just spray or wipe the area to be cleaned, clean with the Nano Glove and buff dry. These Nano Gloves are as effective as Nano Towels but can definitely have thorough cleaning advantages due to its form.

Which Would We Buy?

There is a big hype going on about Nano Towels. You know, the rising cleaning towels that claim to be self-sufficient (in terms of cleaning function), cost-efficient, environment-friendly, and guaranteed safer compared to the usual cleaning cloths we’re familiar with. The thing is, hype is like a myth. You simply don’t just follow or believe it in an instant. You have to know, and the root of it all is to dig more until you’re convinced. That’s what we’re about to do now – what really are Nano Towels? And how can it be the phenomenal modern tools of the (cleaning) trade?

Nano Towels are made from Nanolon. Nanolon fiber is a unique and revolutionary fabric technology that is hundreds of times finer than one human hair, containing almost 100,000 Nanolon fibers per square inch. It captures liquid, dust, dirt and grime like a magnet, and without toxic chemicals. You can use it to clean and dry virtually any surface without paper towels and without the use of toxic chemicals. After every use, you just wash it, dry, and use it again. At most, Nano Towels are revolutionary. To think that if every household will have a pair of Nano Towels, it can be a new environmental breakthrough.

For the longest time, we’re using a variety of cleaning towels as part of cleaning our homes, commercial spaces, restaurants, offices, and the list goes on. Well, who are we kidding, every private and public place that is a center of human interaction and activity needs cleaning. So basically, everywhere. There’s terry cloths, wash cloths, rag cloths, polishing cloths, microfiber, and paper towels, one or two of which we use on a daily basis. Or at least we’ve been told that we have to. In layman’s term, these cleaning towels have their own different functions, they perform and clean well for what they are. More often, with the help of cleaning chemicals and substances.

The main factor that made Nano Towels self-sufficient is because it’s all-in-one. Think of it this way. In your household, below the sink or in your cleaning cabinet, how many cleaning towels do you have right now? Alongside your multiple cleaning agents, for sure you have at least four or five. Maybe one for the kitchen table, one for the windows, another for furniture. With Nano Towels, you can ditch ALL of it right away. Just Nano towels and water, that’s all you will need. Nope, there’s no need for other liquid cleaning agents at all. Now, what’s more self-sufficient than that? It may sound like a lame advertisement in a modern world of bacteria-fighting sanitizing stuff but it’s just what Nano Towels are.

The cost of cleaning chemicals and paper towels really add up over time. With paper towels cost as much as $3 per roll and each name brand cleaning chemical is $4 – $5 per bottle. How big of a dent is this putting in your household budget? For an average household, it runs several hundred dollars a year, and much more for larger families. As the cost of the raw materials for these products continually rise, so do your annual costs. Clearly, a one-time purchase of the Nano Towels can eliminate these long term costs from your budget, and allow you to save a significant amount of money over the long term.

Take paper towels as an example. Evidently, many households go through several rolls of paper towels a week. One bad cleanup from a liquid spill in the house could use up almost an entire roll. Though paper towels may seem like a minimal expense, they are used and purchased so frequently that it is not unusual for a family to spend hundreds of dollars per year on them. Buy a pack of Nano Towels, and you won’t have to think about repurchasing for at least two years. Buy a few packs, and you’ll be set for nearly a decade. With regular use, Nano Towels can keep on cleaning for 2-3 years and can survive 300-400 trips through your washing machine. Thus, why bother for the less-efficient option that will cost you even more?

There is so much going on about the environmental state that if only you knew EVERYTHING what’s destroying it, you will be in complete utter shock. And honestly think that Nano Towels are a good place to start to lessen that impact. Even if you’re still committed to other means that you’re gradually changing, Nano Towels are one of the best initiatives that you may kick-off.

I will go back to discussing paper towels and clarify one thing. Don’t use paper towels for things they’re not meant to. And I think you know what I mean. The main play here is to lessen the consumption in great amount. It’s achievable, with the help of Nano Towels. Millions of trees and virgin forests are cut down every year to satisfy our desire for disposable paper towels. And you know what? Only two percent of this paper is recycled. Furthermore, paper products are bleached to make them whiter and brighter. Most popular being is elemental chlorine bleach, which is responsible for the release of chlorinated compounds like dioxins and furans, which are powerful carcinogens and mutagens. These chemicals can adversely affect immune systems and reproductive systems and are extraordinarily toxic for aquatic life and wildlife.

Did you know that in the United States alone, for one less paper roll each household, we are saving an unbelievable estimate of up to one million trees per year. Let that sink in to you for a while. More importantly, you will also be preventing the massive pollution created by the manufacturing of the cleaning chemicals, plastic bottles and paper towels you are replacing.

Every household has a vast number of chemicals that are labeled for use for various cleaning purposes and applications. Some are used for glass, another for stainless steel, yet another for dusting, and the list goes on. Your cabinet is likely filled with a dozen different chemical cleaners all for different purposes. Thing is, these cleaners always contain unlisted and unnamed highly toxic chemical compounds. And the result? Getting exposed to these chemicals. You and your whole family. I’ll ask you this. How convinced are you that the cleaning agent you used to polish your kitchen table is completely removed with no trace of chemical residue at all? It happens more often than you think. If your kid accidentally placed down his/her biscuit to that particular table before taking a bite, it’s direct intake of the chemical residue left.

With Nano Towels, it’s just water. That’s it, delivering safe and effective cleaning to your entire home. You’ll be completely worry-free with these toxic substances.

Microfiber cleaning cloths are excellent cleaning cloths. Their undeniably convenient, efficient, and cheaper (than paper towels) as well. Microfiber cloths are made from a combination of nylon and polyester. This makes the fibers invisible to the bare eyes. Out of the top-rated microfiber towels, the fibers are 1% of natural human hair diameter. This makes the fibers invisible to the bare eyes. These fibers are used to make threads that are bundled together and woven to make a towel. When a single microfiber towel is observed under a microscope, it has a split/spoke-like appearance, just like what can you see with Nano Towels, only way finer and a lot more in quantity. Using the same concept of this cleaning technology, microfiber cloths pose an amazing ability to trap dirt coupled with the superior absorbency and scrubbing power.

You might say, okay both are great cleaning options for what they’re supposed to be. Before you get to that conclusion, I’ll tell you why Nano Towels are far greater than Microfiber cloths.

You see, both are great cleaning options but these are mere factors that you need to consider. After all, we’re here to change our methods for the better. 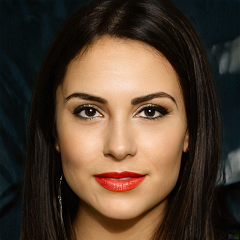 I’m Jenny Hutchings and I share my healthy eating journey here! I hope you find the recipes and How-To guides useful, I look forward to hearing from you in the comments and on social media 🙂 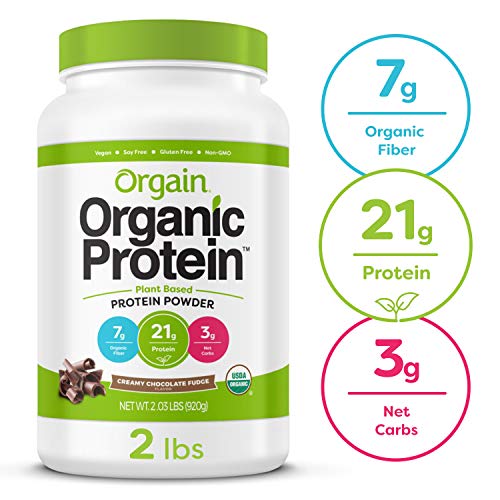 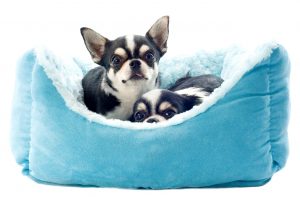 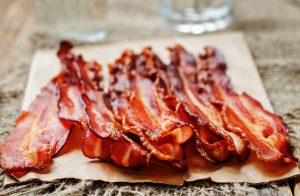 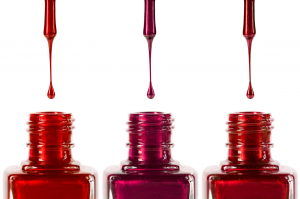 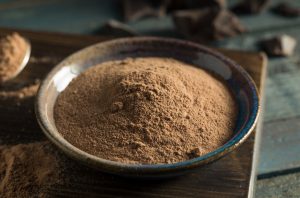 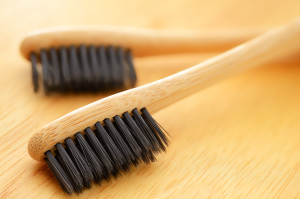 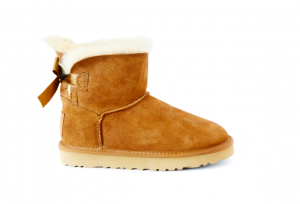 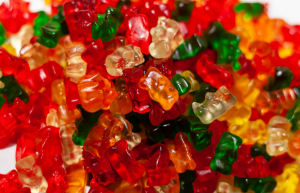 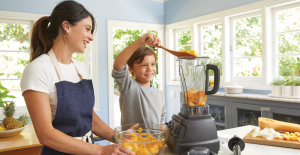 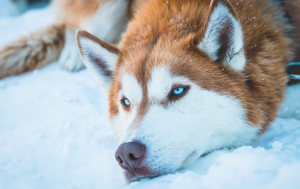